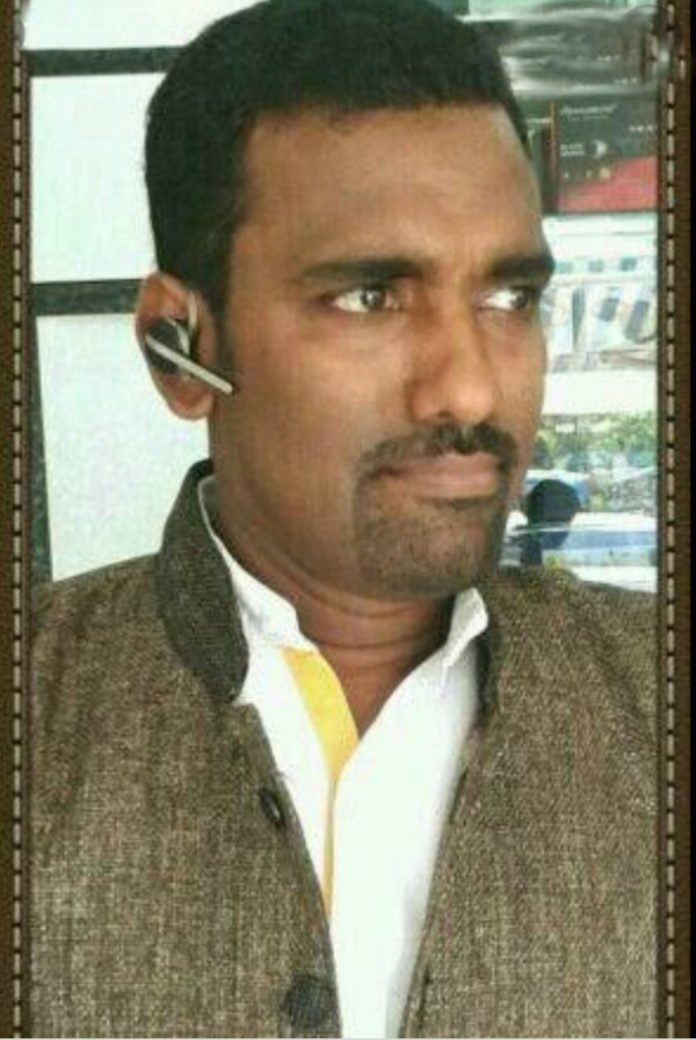 According to the FIR, Vishwanath Kelkar was in charge of a COVID hospital, Balkum. A lady had complained against Kelkar for charges of molestation. Binu Verghese was demanding Rs 5 lakh from Kelkar for keeping the matter quiet and not publishing more news about this incident in Times of Thane Newspaper. Later he circulated the news on social media against Vishwanath Kelkar. On June 1, 2021 he took Rs 3 lakh from Kelkar and gave Rs 1 lakh to the lady complainant. Police have also named the said lady as an accused along with Binu Verghese in the FIR.

Dinesh Varma the owner of Times of Thane newspaper dismissed Binu Verghese from his establishment after he realized that Binu Verghese was extorting money from people using his newspaper as a sword. 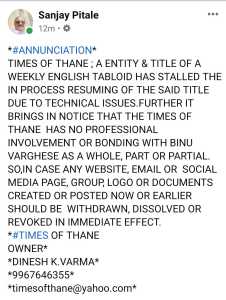