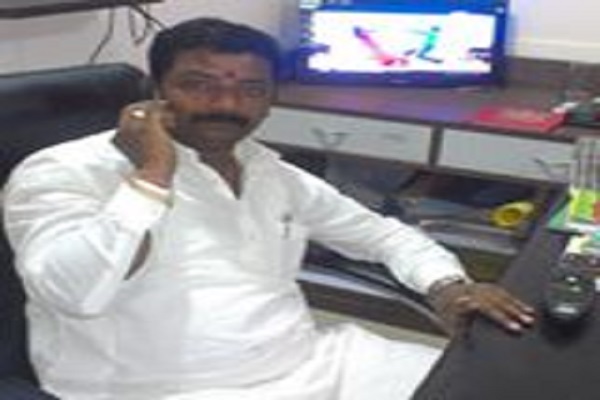 caption : Father of accused often brags about having been bodyguard to former CM Vilasrao Deshmukh, say locals as they expose many wrongdoings by family

THE son of a former police officer – not any ordinary police officer, but one who claims to have influence among the high and mighty by virtue of having been bodyguard to former Chief Minister Vilasrao Deshmukh – was arrested on Tuesday by officers of the Vanrai police station in Goregaon (East) on the grave charge of harassing and outraging the modesty of a woman.

Ramesh Atak, the accused man, is the son of former police officer Yashwant Atak and he was drunk at the time of the offence, immediately before which he had also thrashed a person who had asked him to behave decently in a public place, showed police records. People said Ramesh was often drunk and violent.

The Ataks have lived illegally in a society in the MHADA colony of Bimbisar Nagar in Goregaon (East) for five years, said many people in the neighbourhood that is home to several film and TV stars from the Marathi cultural sphere. The Atak family often brags about its high connections and has showed around photographs clicked at the wedding of one of the sons of the late CM Deshmukh, said the people from the locality.

Despite tremendous efforts by Yashwant Atak to silence the investigation of the offence registered against his son Ramesh, including a personal visit to DCP (Zone XII) Punjabrao Ugale and an hour-long one-to-one chat with the officer in his cabin that was confirmed by a well-placed police source, investigating officer Kishor More refused to succumb to any pressure and bravely concluded on Tuesday that Ramesh Atak indeed had to be arrested to prevent him from terrorizing the neighbourhood.
It is thanks to upright officers like Kishor More that the police force is able to maintain some law and order in the city, as he personally visited Bimbisar Nagar more than once for the investigation and realized that the Ataks were threatening people around them to make them keep quiet about the offence.

“Yashwant Atak always threatens residents, being a former police officer and also bodyguard of Vilasrao Deshmukh,” a resident said. “He also tried to put pressure on the Vanrai police station to book his son under a minor and non-cognizable section only.”

It was learnt that Ramesh and a relation of his, Deepak, a youth who lives with the Ataks, first thrashed a person from the neighbourhood some time after 8 pm on May 10 for no other reason than having been asked to behave in a public place where small children, the elderly and women were present.

Ramesh is learnt to have hurled filthy abuses at the person he beat up and even threatened to finish off the person as well as the person’s family, saying he anyway had a score to settle for having been reprimanded by that person in the past as well over some violations.

The identity of the person who was beaten up could not be established, as people in the neighbourhood were too scared of the Ataks to talk further about the violence.

Soon after the violence, a man and his wife with whom Ramesh had a grouse arrived there and Ramesh started abusing the man. When the man’s wife asked him to speak without uttering obscenities in her presence, Ramesh directed words at her that no decent woman would be able to bear hearing as these were of a grossly offensive and obscene nature and he specifically described the degrading things he intended to do in the presence of her husband, showed police records.

The woman was ashamed to even look up and was reduced to tears by all this, said a police source quoting from the records.

Not satisfied with all this, Ramesh is learnt to have threatened to beat up and finish off the two and the rest of their family.

Ramesh’s relative Deepak all the time was uttering supportive words and saying he would help Ramesh do all that he was threatening to do, said a person present there at the time.

Ramesh is not known to do any job but he moves around in cars that have ‘Police’ written on them.

Sources said the Ataks purchased a MHADA flat in Bimbisar Nagar from a freedom fighter’s widow who had won the MHADA lottery for affordable homes in 2009. Although such purchase is illegal for five years after the lottery, the Ataks did so in the first year itself and even bragged that they had “managed” the MHADA officers, said at least five people in Bimbisar Nagar from different societies in the colony.

A source said that Ramesh was forcing the society to transfer the flat in the Atak family’s name as five years were now over. The society refused to do so as his documents were incomplete, said a person from a neighbouring society who spoke on the condition of anonymity. Several people independently confirmed this, and said that it was well known that the Ataks were living illegally in the flat occupied by them.

An NC complaint was also registered against Ramesh Atak for the violence he had resorted to on May 10.

Ramesh Atak made constant references to his private parts when talking to the woman and her husband, showed police records. Ramesh also used gestures of the hand to fully illustrate his obscene words and descriptions of filthy acts, confirmed the few witnesses who would talk about it.

The woman was so outraged by all this that she approached the Vanrai police station and on May 12 an FIR under Section 509 (words or gestures intended to insult the modesty of a woman) and Section 506 (criminal intimidation) of the IPC was lodged against Ramesh Atak.

Speaking to ABI an officer conformed about arrest of Atak. But he was succeeds to get bail from court on same day.