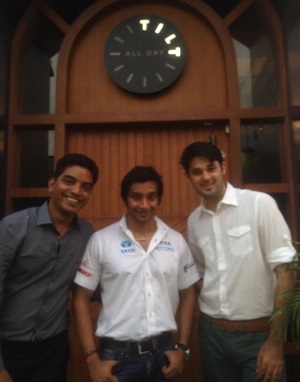 IT is possible only in Mumbai and that too in the entertainment sector. A Central Mumbai based restaurant by the name of ‘Tilt: All Day’ operates as a discotheque with a DJ without the requisite licences. That is not all, it even openly publicizes itself. ‘Tilt: All Day’ is on the ground floor of Trade View building, Oasis complex, Kamala Mills compound, Lower Parel. The owner is someone Siddharth Sushil Bhatia. The restaurant has been operating without a licence since it opened two years ago.

A reply to a right to information (RTI) query (copy available with ABI) revealed that the only licence that Tilt had was the Place of Public Entertainment Licence (PPEL). The restaurant does not have the Premises and Performance licences but still runs a discotheque with DJ every Friday and Saturday night in blatant violation of the law. Siddharth Bhatia circulates private messages informing about open invitations to restaurant events on social media WhatsApp and Facebook. One such message is available with ABI (Akela Bureau of Investigation).

On May 19, 2015, a regular visitor called Shivanand R. complained (copy available with ABI) to several top police authorities against the irregularities at Tilt but nothing happened. Shivanand alleged that the Tilt management pays Rs 50,000 in bribe every month to the NM Joshi Marg police station as well as the Social Service Branch. This is the only reason that all the staff at the NM Joshi police station have closed their eyes to the blatant violation.

“In spite of several complaints no action has been taken, which clearly shows that these activities are happening in connivance with the NM Joshi Marg police station,” said Shivanand. Despite repeated attempts Siddharth Bhatia was not available for comment.