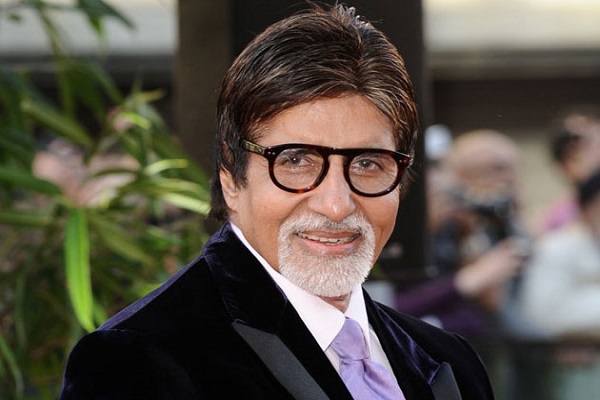 Well this line makes me run down my memory lane. It was almost a decade back that this incident happened. I was shooting for my film ‘ Hum tumpe marte hai’ at Switzerland. The unit was almost ready to take off. I was doing my last minute preparations at the shooting location. I was about to kick start when a handsome gentleman walked upto me and asked” are you from Amitabh bachhan’s country??”. I was amused. It immediately brought a sense of great pride that people relate India to somebody from my fraternity.

Having said that I have to say Amitabhji has created history which cannot be replaced for years to come. Though born on 10th october 1942 he began his acting career only in 1969 as per his mother’s wish. After initial 7 films it was Zanjeer that actually gave him a great recognition .Though I personally would never want to miss to mention his pessimistic doctors role in Anand and the comic actor in Bombay to Goa , but it was Zanjeer that gave him the title ‘Angry young man’ which complimented his looks, voice height and attitude, .

Acting in movies of all genres, he proved to the world of cinema that he had arrived to stay The actor only grew bigger and bigger with each passing year.The more the obstacles he had to face the bigger he bounced back. nothing could stop the actor from growing.

Mr. Amitabh Bachhan is a role model to so many Indians. Meeting him or just shaking hands with him can put you on top of the world. I still remember when I was invited for the premier of ‘Sarkar’ by Ramgopal Varma, Amitabhji was standing at the gate of Inox to welcome the premier guests himself. I was introduced by Ram gopal and Amitabhji shook hands very warmly. Though by then I had debuted as a director, I still remember i felt i shook hands with my Hero. Years back when i was a kid, i had missed school and gone with my friends to watch Zanjeer. I probably walked in as a meeky boy buy when I came out I had a knot on my shirt , chest up and extra confidence. This is the impact this actor can have on people.

Amitabh Bachhan is one of the few actors who is loved by all age groups. He has maintained his popularity since black and white films to colour, from single screens to multiplexes, from bollywood to hollywood. One actor who is truely a legend. No wonder people all over the world relate Indians to as someone from Amitabh bachhan’s country!!!