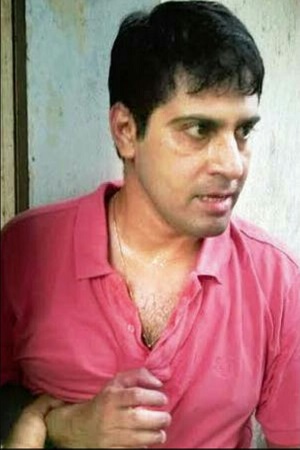 THE Mumbai police have played a very indecent joke on a molestation victim. A molestation accused who was a ‘wanted’ man in police records was “interrogated” in a five-star hotel by the investigation officer from the Azad Maidan police station even as the victim was running from pillar to post for justice.

The molestation accused is Sridhar S Ramachandran alias Sridhar Sale (42), an Indian Revenue Service (IRS) officer who at the time of the incident was Joint Commissioner of Income Tax, Mumbai, and the investigation officer is Arun Patil, police inspector who was then attached with the Azad Maidan police station. Sridhar Sale is now posted at Nadiyad in Gujarat.

On January 12, 2015 a 25-year-old chartered accountant Pratibha Kulkarni (name changed to protect identity) registered an FIR (copy available with ABI) against Sridhar Sale at Azad Maidan police station in south Mumbai. The police registered a case under sections 354-D (molestation), 506-II (criminal intimidation), 509 (word, gesture or act intended to insult the modesty of a woman) of the Indian Penal Code (IPC) and R/W 66 -A of the Information Technology (IT) Act, 2000, against Sale. The police also pressed the POCSO Act after the complainant’s sister, a minor, alleged that she too had received objectionable messages and pictures from Sale.

Police Inspector Arun Patil was appointed the investigation officer. Instead of taking action on Sale, Arun Patil protected him till the end. ABI (abinet.org) is in possession of a few documents that show Patil met Sale in five-star hotels.

On February 12, at 11.59pm Arun Patil checked into the Ambassador hotel at Churchgate. The meeting continued the whole night, and on second day at 9.46am they checked out of the hotel. The hotel bill paid was Rs 9,000. The second time Arun Patil met Sale in Hotel Sapna Marine, near Metro Cinema in Marine Lines on February 13. The hotel bill paid was Rs 3,808. The room was booked in the name of Sridhar Ramchandriah and Dalvi.

Pratibha, a resident of Dadar (East), is a chartered accountant (CA) by profession. In 2013 she met Sale in her professional capacity. Sale was then Joint Commissioner of Income Tax (JC-IT) at Aayakar Bhawan, Churchgate. Later Sale appointed her in his office as a CA. But within three months she was forced to quit the job. Pratibha quit the job as Sale started misbehaving with her. Sale wanted to marry Pratibha, but when she rejected his proposal, a dejected Sale was waiting to seek revenge. In order to take revenge, Sale tortured her and her family members.

Sale also tried to spoil her marriage. In April this year Pratibha married a Borivali man. Despite being on interim bail granted by the Bombay High Court, Sridhar arrived in Mumbai and reached Paribha’s home in Borivali (West) around 8.30 am. Sale started abusing Pratibha and her husband and threatened her, saying he would throw acid on her if she informed the police. Pratibha’s relatives called the Kasturba Marg police station and Sale was arrested and produced in court, which set him free on a bail of Rs 50,000.

On May 28, Sale moved the Bombay High Court seeking anticipatory bail, which was rejected by Justice Dr Shalini Phansalkar-Joshi following the Borivali incident. Sources revealed that Sale succeeded to get interim anticipatory bail from the Supreme Court till November 17.

Get this bastard behind the bar..!!!

Despite these troubles, it’s inspiring that the girl and her family are sticking to the right thing, it cannot be easy.

It is inspiring that the girl and her family are sticking to this and moving ahead, despite all the troubles. It cannot be easy.

Looks some conspiracy against the CA.