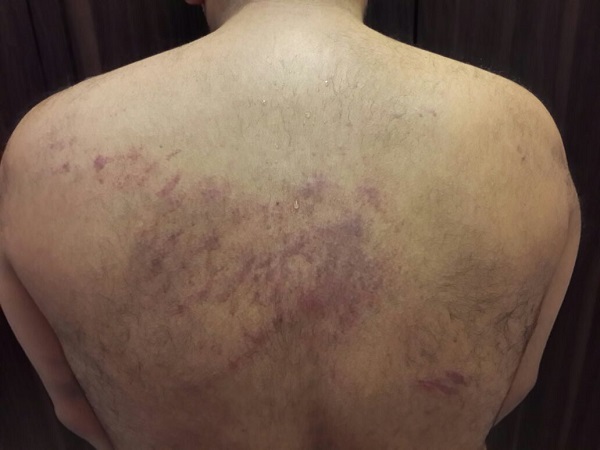 THE Bombay High Court has ordered an inquiry into the alleged assault of an engineer at Turbhe Police Station in Navi Mumbai. Justice Ranjit More and Justice V L Achliya, in their order, also directed the Commissioner of Police of Navi Mumbai to give a personal hearing to the petitioner before finalizing any report. On February 9, 2016, a bench of the Bombay High Court passed an inquiry order (copy with ABI) in the matter. The court also directed that the inquiry should be completed within six weeks.

“I thank the Hon’ble Justices of the Bombay High Court for directing an inquiry into the matter. I will follow up the matter and ensure that these inhuman police personnel are punished,” said Mohit Chandra Bhardwaj, the victim. The highly educated Mohit Bhardwaj is a Chartered Chief Engineer and Shipping/Financial Consultant. Bhardwaj had moved the Bombay High Court through his lawyer R Sathyanarayanan after he was physically tortured and brutally assaulted by Turbhe police officials, mainly Assistant Police Inspector (API) Madhav Suryavanshi, inside the police station. Police attempted to pass of the injuries as self-inflicted, even producing a statement of a purported eyewitness, but the court did not find any merit in it.

The 42-year-old Bhardwaj was brutally beaten up by three police officials, then Senior Police Inspector Shekhar Bagade, Assistant Police Inspector (API) Madhav Suryavanshi and Police Sub-Inspector (PSI) Kasam Naik, with wooden sticks, shoes, fists and hands inside the Turbhe Police Station for no reason. To save their skin the officials also arrested Bhardwaj for assault or criminal force to deter public servant from discharge of his duty.

After reaching the police station Bhardwaj got down from the jeep and rushed to Senior Inspector Shekhar Bagade’s cabin. Bhardwaj tried to tell him about the police torture inside the jeep but Bagade himself ordered Suryavanshi to take him away and teach him a lesson. Suryavanshi took Bhardwaj inside the police station and started abusing in filthy language. Suryavanshi, Kasam Naik and a constable then started beating Bhardwaj with wooden sticks, shoes, fists and hands and kept beating him for two hours. They took away his mobile phone so that he could not contact anyone. Bhardwaj managed to inform a few friends about the torture. The friends immediately SMSed Chief Minister Devendra Fadnavis, CM’s personal assistant Satish Lalit, then Director General of Police (DGP) Sanjeev Dayal, then Commissioner of Police K L Prasad, Zonal DCP and a few others. Prasad ordered that Bhardwaj be taken to hospital. After that officials stopped beating Bhardwaj.

As if all this were not enough, an FIR was registered against Bhardwaj around 4am on December 18, 2014, and he was arrested. A few hours later Bhardwaj was produced in Belapur court before Joint Civil Judge Yashshri Prakash Marulkar where the judge granted him bail of Rs 15,000. Sources said Senior Inspector Shekhar Bagade was unhappy with Bhardwaj as he had paid only Rs 50,000 bribe for a B-Summary matter. Bagade had demanded Rs 2 lakh, saying that Bhardwaj moved in expensive cars and had a posh lifestyle.