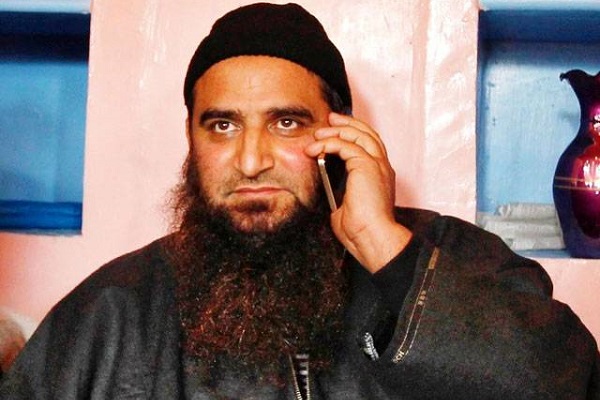 THE Jammu and Kashmir Police on Friday morning arrested Hurriyat leader Masarat Alam by at his home in Srinagar. He was taken to the Shaheed Gunj police station after the arrest.

According to media reports, Alam, along with fellow Hurriyat leaders Syed Ali Shah Geelani and Pir Saiffulah, were booked under the Unlawful Activities (Prevention) Act (UAPA) for allegedly raising pro-Pakistan slogans and waving the country’s flag at a rally on Wednesday. A case has been registered against them in Budgam police station.

Alam was released last month in the BJP-PDP government after an incarceration of four and a half years under a string of consecutive Public Safety Act cases.

The Hurriyat had called for a “Tral Chalo” rally for Friday to protests the killing of a 24-year-old civilian by the Army in an alleged gun battle earlier in the week. Police and CRPF have been deployed and restrictions have been put in place to foil the march.

Alam was arrested during the 2010 unrest in the Kashmir Valley. He was accused of inciting youth during the unrest in which at least 112 people were killed in clashes between mobs and security forces.