IF you are a college going student you are most sought out in club Spirit High at Khar (west). Simply show your college identity card (ID), go inside, enjoy music and dance with cigarette, liquor, drugs and girls, all this without ever fearing a raid by Mumbai police. 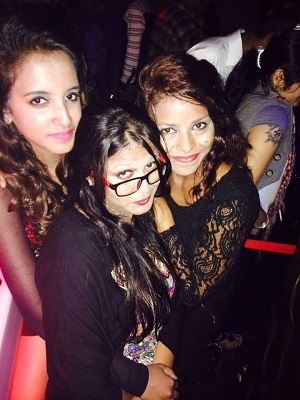 According to few students the event organizer is Glamour India owned by some Sikander/ Rahul. On every Saturday Sikander discreetly circulates private messages to students on social networking site WhatsApp and Facebook. One such message is available with ABI (Akela Bureau of investigation). Further, few pub staffers distributes coupon (available with ABI) at College gate offering ‘student special’ show. The students from Rizvi College, Mithibai College, National College, KC College are being targetted amongst others.

The club is specially opened from 2pm to 11pm.

This concept has become so popular among students. Free entry for girl is a ploy used by this pub to lure crowds of teenage boys, many of whom come just to “check out the chicks”. Reports claim that there is open soliciting of girl in club premises.

Mumbai police is not a problem

The club owner (organizer) in Mumbai openly flouts the laws on the age limit for drinking and illegal possession of drugs.

Speaking to ABI (abinet.org) youngsters (students) confirmed that age and police was no bar at this pub (club) as the organizer Sikander claims to be a person who is well connected and highly influential. Sikander claims Khar police, S S Branch, Mane and Kadam (full name held with ABI) saheb from Mumbai police are on his pay role. 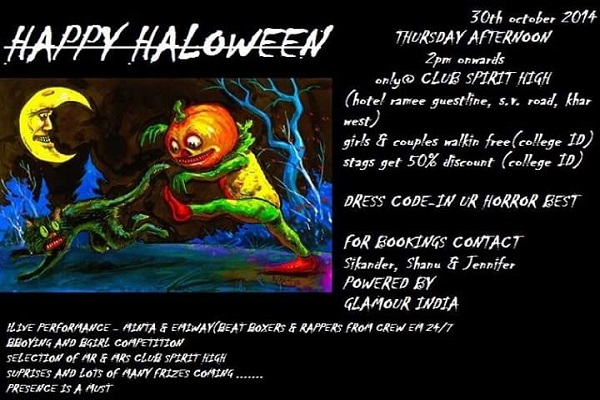 The premises being used by the club was earlier in limelight also for the wrong reasons, which led to frequent raids and detention of patrons by police.

It is indeed shocking that again the same premises is being used for immoral activities and for eroding moral values of young gullible minds by offering them inducement for addiction.

It is very dangerous, for the students of the colleges, n schools, who ever sending this types of messages, he or she has to be put behind the baar, Mumbai police has to be very strict on this types of activities, n keep vigil every day on the club n pub.

Dear Mr. Akela, We would have been glad if you could have taken the quote from management to validate your story!! Let us throw some light in the pointers which you have filled without even bothering to explain your false claim As far as girls entry is concern, it is free across india and world, that’s the trade practise everybody follows and we are not different. We had the Halloween party last week and the manipulated artwork shown on your article states 30th October and pictures shown above belongs to club Royalty and not Spirit High The passes/Flyiers which we… Read more »