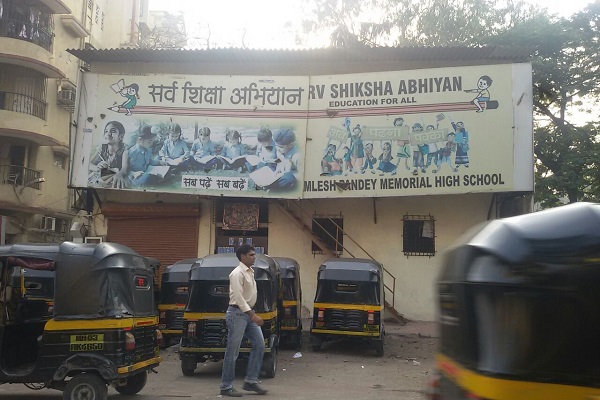 A Right to Information (RTI) Act query by Andheri (East) resident Amit Tiwari (27) has revealed that the primary section of Kamlesh Pandey Memorial High School, Sakinaka is running without permission. The concerned departments of BMC and Tiwari have complained to higher authorities for further action.

Tiwari alleged that despite complaining to the concerned authorities at BMC L-ward (Kurla) office and deputy municipal commissioner (DMC) of the education department, there is no action taken against the culprits.

Using the RTI Act, Tiwari, in his application dated February 12, 2015 had sought information about the permission granted to the primary section of the school.

Although the Kamlesh Pandey Memorial High School in question is legal, as per the BMC. Uncounted numbers of illegal schools in Mumbai operate without background checks of their faculty, thus leaving children vulnerable to possible abuse. ‘No BMC nod, but still operating’.

The matter came to limelight when a student passed primary school and approached another school for further study. He produced leaving certificate (LC) but management refused to give admission to him stating certificate was not liable. After that Tiwari decided to expose the school. He submitted RTI application in which found that primary section of school is running without permission.

In same RTI reply, the Brihanmumbai Municipal Corporation (BMC) told that BMC has declared 34 private Mumbai primary schools as illegal. Following an inspection, the schools were found to be without any permission from the civic agency. The illegal institutions comprised 27 English medium schools, four Hindi medium schools, two Marathi medium schools and one Urdu medium school. The department has also issued notice to all 34 schools. On September 24, 2012 the BMC official informed about illegality of 34 schools but state education department has not taken any decision till date.

The education department also revealed that BMC has received 213 applications for permission (grant) but all of them were not liable. The government has also issued notice to all 213 schools informing they are illegal and they should pay fine of Rs. 1, 00,000 per day.

“The RTI reply clearly shows that school is illegal. I have also complained but BMC is not looking serious into the matter, said Tiwari.