Home Crime Husband promises wife a ‘surprise’, takes her to park, strangles her 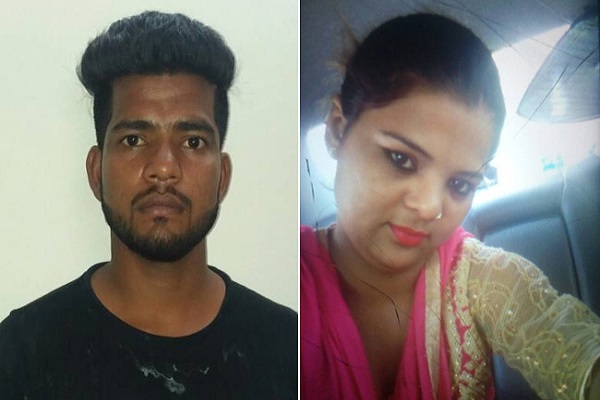 SHE was expecting to be surprised by her husband, but what he did shocked everyone. Manoj Kumar, 24, allegedly strangled his 22-year-old wife Komal at north Delhi’s Bonta Park on Friday, the police said. He was arrested a few hours later.

On Friday evening, Manoj came to meet Komal, who was staying at her parents’ home, and told her he had planned a surprise for her. He took her to Bonta Park near Delhi University and asked her to close her eyes. He then strangled her with a clutch wire that he had bought the same day, the police said.

He left his dead wife in Bonta Park and called one of his friends and reportedly told him about the incident. His friend, however, alerted the police who arrested him around midnight. They took him to the park to locate Komal’s body, but he was too drunk to identify the spot where he had killed her, they added.

It took two police teams almost 12 hours to locate Komal’s body. “As Manoj was drunk, he was unable to identify the exact spot where he dumped Komal’s body, but we eventually traced her body yesterday,” said Jatin Narwal, Deputy Commissioner of Police North.

Komal and Manoj met at a Gurgaon bar where she worked. He ran a general store in Kanjhawala. They got married in July 2015, but six months into their marriage, the couple developed differences and fought over trivial issues. Their frequent fights frustrated Komal, who decided to move back to her parents’ home in west Delhi’s Raghubir Nagar. However, Manoj didn’t like it.

Besides their differences, Manoj also suspected Komal of having an extra-marital affair and objected to her talking to other men, the police said. He tried to persuade her to return, but when she didn’t, he allegedly planned to kill her.

Manoj had reportedly planned to leave the city after killing his wife. A case of murder has been registered against him. Komal’s body has been sent for autopsy.