Home Corruption IT HAPPENS ONLY IN ULHASNAGAR: Civic Commissioner approved plan of Rs 36... 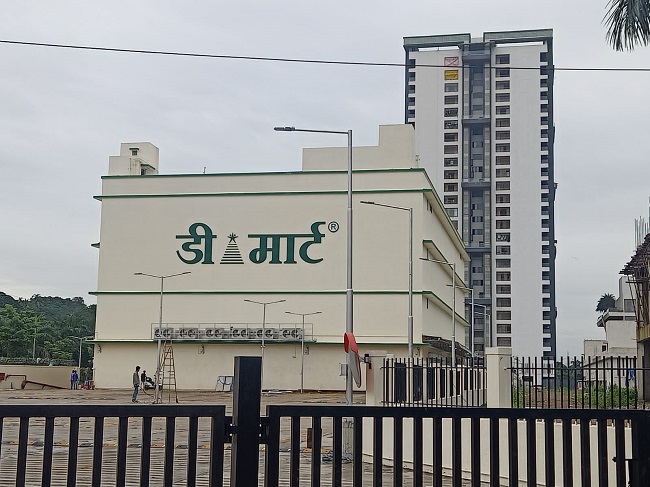 The Regency Group- owned by Mahesh Agrawal and Anil Bhatija- notorious for its illegal work. As per documents available with ABI the Regency Antilia project is illegal on many levels.

Senior Councilor for Shiv Sena party Rajendra Singh Bhullar alias Maharaj obtained relevant documents and was shell-shocked to see the illegalities in the Antilia project. The documents showed a big scam in the process of Transfer of Development Rights (TDR) in the Antilia project. On August 11, 2021 Maharaj complained about the Antilla project to several authorities demanding action on the project as well as civic officials. Copy of the complaint is available with ABI.

There are six public roads within the project. On April 17, 2015 Anil Bhatija demanded permission from UMC for constructing roads on his own cost. There was Rs 36,09,19,917 cost for the construction of six roads. Given the large sum of money involved, this decision should have been a policy decision. Such decisions are mandatorily required to be passed in the General Body (GB) meetings. However, for reasons best known to him, the then Commissioner Balaji Khatgaonkar approved the above proposal directly, at his own risk without alerting the General Body at all. The Town Planner Milind Sonavane, Sanjeev Karpe, AP Gurgule and Architect Anil Nirgude also conspired to keep the concerned authorities in the dark and helped the developer in their own ways.

On September 8, 2020 developer Anil Bhatija informed UMC about completion of five roads. But Town Planner AP Gurgule held on the matter for three months. On December 2, 2020 Gurgule approved 66104 Sq meters (Extra 24789 Sq meters) using new DC rules. Interestingly, Anil Bhatija handed over roads to the corporation (only on paper) on November 11, 2019. Although it is ‘public roads’ , however Anil Bhatija built a gate and deployed security guards restricting entry of the general public and controlling the access to these roads. The security guards are abusing and threatening the general public if they try to use the roads.

Bhullar Maharaj also unearthed 24889 Sq meters valued at Rs 500 crore TDR scam in the project. The Corporation passed the plan on April 17, 2015 but Anil Bhatija is constructing the project as per plan of April 21, 2017. During the plan passed in 2015 Anil Bhatija had demanded TDR. On April 18, 2015 City Engineer had claimed that there is no provision of TDR available. However on March 21, 2016 he suddenly changed his earlier position and claimed that provision of TDR is available. The most shocking and absurd point in the TDR scam is that the agreement (MOU) has not been registered. In fact, there is an empty form submitted as part of the agreement.

“It is not just a public road scam and TDR scam. There are lots of illegalities in the project. Commissioner, Additional Commissioner, TPs and architect helped the developer circumvent the rules by taking huge bribes. I will file a complaint in ACB and approach the honourable Bombay High Court,” said Maharaj.

One more interesting point is that UMC has paid the Rs 3 crore fees for the Project Manage Committee (PMC) hired by the developer.

The role of Additional Municipal Commissioner Karuna Juikar also needs to be probed and looked into. The current commissioner of UMC MR Dayanidhi was on leave for three days (March 30, 2021 to April 1, 2021). Karuna Juikar had the charge of Commissioner during those 3 days. In those 3 days, she approved the CC of D’mart constructed on the premises of Regency Antilia. This is suspicious and definitely needs to be probed.

“Corporation has received the Complaint of Bhullar Maharaj. After inquiry if anyone is found guilty, action will be taken on him,” said Yuvraj Bhadane, spokesperson UMC.