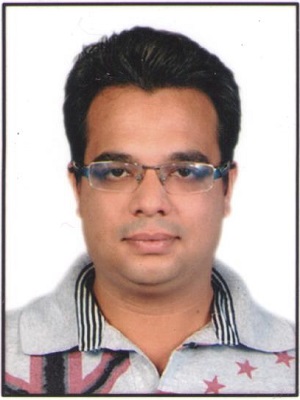 According to the complaint, Amit is a resident of Varap Gaon in Kalyan. He was involved in the electronics business. One year ago, an Ulhasnagar-based man, Mukesh Ramnani, introduced Amit to Sunil Nanikram Malkani alias Sunil Kali in Bangkok. Kali explained to Amit how he could earn more money than he was making from the electronics items business. Kali also introduced his partner and gang members Rohit Chhatlani, Manoj Dalwani, Naresh Ramnani, Vinod Puswani, Prem and Manoj. The ‘Kali gang’ was involved in smuggling US dollars and gold. The Kali gang members would buy gold in Bangkok and hand it over to Amit, who would hide gold bars in his private parts and fly to Mumbai, Delhi, Kolkata or Bengaluru. In the airport transit room, bathroom or plane, he would hand over the gold bars to another gang member present there. That person used domestic flights. Customs or other security agencies check only international passengers. Using lapses of security, the Kali gang member would exit the airport safely.

As per plan on May 21, 2016, Amit went to the airport and came to Bhiwandi by autorickshaw to show his mobile location. A gang member holding mobile number 8600308468 was guiding Amit.

On May 22, late at night, Kali, Rohit, Prem, Naresh and other gang members went to Amit’s home and thrashed him badly. Around 2.30am Amit and his mother approached Titwala police station to register an FIR against Kali and others, but the police refused to register a complaint. “Titwala police ne kaha ki tum gold smuggler ho, pahle tumhe arrest karna padega,” said Amit.
Kali was continually pressuring him to register a fake robbery FIR against Kari Makhija.

On June 1, 2016, Kali took them to Manpada a wing of Kalyan crime branch in Dombivli (East), where API S S Bagul already knew what to do. Amit was informed that he is the complainant in the matter. He was told that he had been on the way to the airport when, on reaching Kamani area in Kurla, he was kidnapped by Kari Makhija and his associates and taken to Bhiwandi where he was thrashed and robbed of 5,000 US dollars. Bagul called Kari Makhija to the police station. After intervention of DCP Parag Manere, he was released.

Late at night, Amit was informed that he would be arrested in a cheating case of 5,000 US dollars. Kali had ‘managed’ S S Bagul and registered a fake FIR (Cr No-119/2016, under sections 408 and 420 of IPC) against him at Ulhasnagar-1 police station. After being in three days police custody he was released.

Later Amit learnt that Kali had tried to register fake FIRs against him too at the Kurla and the Andheri police stations before finally succeeding at the Ulhasnagar-1 police station through Kalyan crime branch.

“I failed to understand that “incident occurred” at Kurla, Kali approached Kalyan crime branch, Amit was interrogated at Dombivli and FIR was registered at Ulhasnagar-1 police station,” said advocate Inder Yadav,
The complaint also states that Bagul suggested Amit to approach Annu Manwani for legal and financial help. Annu Manwani is a businessman but very ‘chirkut’ person in Ulhasnagar. Bagul herself arranged appointment with Annu Manwani and Amit’s mother Kanchan. When she met him, Annu Manwani offered legal help and financial help in exchange for affidavit framing Kari Makhija.

“I refused to frame Kari Makhija in false affidavit in exchange for money and legal help,” said Kanchan.
“Bagul also misguided me. She told me come tomorrow at Kalyan court but produced Amit in Ulhasnagar court, added Kanchan.

Justifying her side Bagul said, “I am innocent lady police officer. I did nothing wrong. The FIR was registered on instruction of Senior Police Inspector. I was appointed investigation officer only. I don’t know any Annu Manwani. FIR was registered at Ulhasnagar-1 police station as incident started from there. I am retiring after six month.”

Oh so much of foul playe in this case. a normal man can not understand this and may be trapped by someone who has support of such lawmakers… its really serious offense

Akela ji nice story. The big fish should be behind the bar