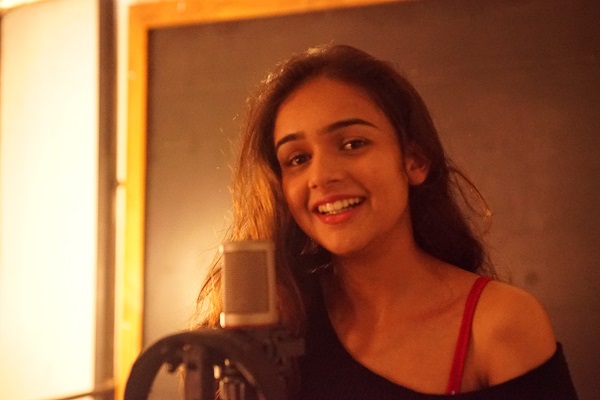 SINGER/Actress Suchitra Krishnamoothi and film director Shekhar Kapur’s daughter Kaveri, currently a student of class 9, will soon be lunching her first song Did You Know. Having started her musical training in Hindustani classical music at the age of six, Kaveri then trained in western classical vocals, piano and guitar and subsequently started to write and compose songs at the age of 11, recording her first single at the age of twelve. “Making music is all I want to do,” says Kaveri.

“Though I started to sing when I was about six, I didn’t become passionate about it until I started writing and composing my own songs,” says Kaveri. “Writing and singing are the only things I think I will never get bored of. I feel like music is the only thing that makes sense to me. My song writing is largely inspired by the situations and people around me. A lot of my songs talk about very exaggerated versions of personal experiences.”

She further adds, “My parents have always encouraged me and supported me, and I don’t think I would have been able to discover my love for music and develop my talent if it wasn’t for them.” As for future plans Kaveri wants to pursue a higher formal education in music. Royal College of Music, Guildhall or Berklee are some of the institutions she hopes to head out to in the near future.