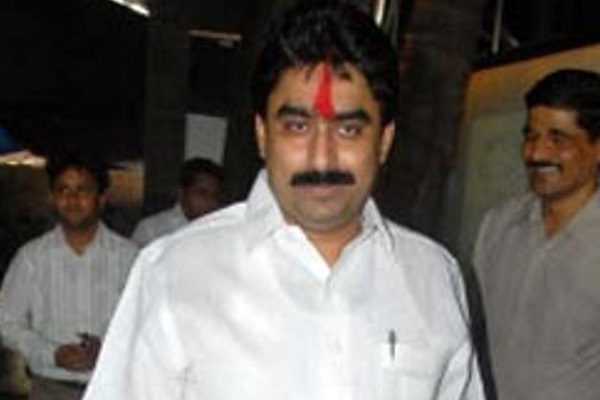 SANJAY Dina Patil, former Member of Parliament (MP) and Member of Legislative Assembly (MLA) from the Nationalist Congress Party (NCP) in Mumbai, gets his high from helping humanity these days. Patil has kept up his fight against the pillars of corrupt democracy to get justice for poor and needy people.

The 47-year-old is the son of famous trade union leader and former MLA Dina Bama Patil and Municipal Councillor for seven terms Manorama Patil. His family has been involved in social activities for 40 years. Sanjay Patil was influenced by his parents’ commitment towards society.

Sanjay Patil, who is fondly called Bhau, is also credited with the growth of the Nationalist Congress Party (NCP) founded by Amar (Sharad Pawar), Akbar (Tariq Anwar) and Anthony (PA Sangama) in Mumbai. He became the only Member of Parliament (MP) from the NCP in Mumbai. He was subsequently made the president of the NCP Mumbai unit.

Last week Sanjay Patil lost his stepmother. He was busy performing her last rites in Pune. Suddenly he received a phone call which informed that 77 families of Birla Colony in Kanjurmarg (West) were in big trouble. The hired goons of cheater builder Subhash Runwal, followers of local Shiv Sena MLA Ashok Patil and officers of the Parksite police station, including Senior Inspector Rajendra Kulkarni, were thrashing, beating and lathi-charging men, women, senior citizens, girls and students. A shameless Kulkarni thrashed girls and tore their clothes, all for some scraps thrown by builder Runwal. Runwal succeeded in demolishing a part of colony structure.

As Patil heard about the incident, he rushed to Mumbai. He reached the Parksite police station. He sat on a dharna in front of the police station, demanding action against anti-social elements. After promises from Zonal DCP Vinay Rathod, Patil stopped the agitation. But matter he was betrayed. The police instead registered FIR against victims of Birla colony and arrested them. Two girls who were busy preparing for their exams were also booked and arrested under same sections. Sanjay Patil arranged tea, water, eatables and lunch in police lock-up for them. He also arranged legal help for at his own cost. 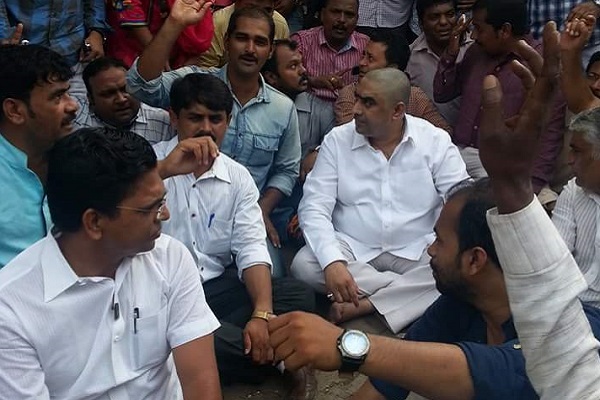 It was not the first time that Sanjay Patil had helped the helpless. On June 25, 2013, goondas of Runwal had thrashed, beaten and molested women. The police also refused to register an FIR, but Sanjay Patil organized a rasta-roko and sat on a dharna for six hours. Finally the police registered an FIR. The police have not even provided a copy of the FIR till date. Mr Javed Ahmed and Mr Deven Bharati, are you listening?

Recently, Sanjay Patil arranged a meeting of colony residents with Commissioner of Police Ahmed Javed. Sadly, instead of speaking two words of sympathy, Javed too spoke in favour of the builder. He was acting like a builder’s agent, not as chief of Mumbai police department. Joint Commissioner of Police Deven Bharati, who is responsible for law and order situation in the city, was also present during the meeting. You cannot expect justice from Bharati; he is already facing an inquiry for favouring a hardcore criminal and a criminal writ petition has also been filed against him in the Bombay High Court for favouring an industrialist in a cheating matter.

In a new tactics of harassment, builder’s goons stole from Basanti Sharma’s house. They stole all cash and valuables. The police refused to register an FIR. Then Sanjay Patil provided Rs 50,000 cash to Basanti Sharma for paying school fees of children.

“Bhau is caring for colony residents as they are voters since era of his late father. I remember, Bhau refused to stop dharna after receiving instructions from a top NCP leader. Bhau is very emotional and a daredevil too. Bhau is really a kind-hearted lion,” said Sudhir Singh, follower of Sanjay Patil.

“Bhau is very passionate about education, health and promoting talent among young children. He is the President of Late Dina Bama Patil Pratishthan, a trust engaged in providing free education, promoting talented children, distributing free educational books, raincoats, umbrellas, foodgrains and household essentials to the needy and under privileged. He always participates in all seminars and medical camps with his wife Pallavi Patil,” said Manish Kotian, one of the followers of Sanjay Patil.

The trust also conducts AIDS awareness programmes, works closely with CPAD (Cancer Patient AID Association) and has provided free ambulance to transfer cancer patients to the hospital, and does free health check-up camps, including providing spectacles and performing cataract operations for the needy and underprivileged.

Sanjay Patil has only one mobile phone number. He has circulated his mobile number to all party workers and followers. He attends all calls himself.Sanjay Patil has raised his voice against the dumping ground at Kanjurmarg and also the east-west connecting foot over bridge at Vikhroli railway station.

“Bhau is a really kind hearted lion. We have lot of faith on him” said Archana Neikhar, a resident of colony.

One number bhau keep it up u r best bhau

Very perfectly described, Bhau is the true messiah, A person who lives for the poor, fights for the poor & believes in making the conclusive growth of the poor, I wish he lives 1000 years more. Thank you for always being there with us bhai.

BHAU is true leader. He has help all person old and poor and needy we twins are ex military personnel support him at all times for his great work GOD BLESS HIM . Our prayer are always with he and his team. JAI HIND. From TWINS.

BHAU is true leader. He has help all person old and poor and needy, our salute to him, we twins are ex military personnel support him at all times for his great work. GOD BLESS HIM . Our prayer are always with him for long life and good health and his team. JAI HIND. From TWINS.

It’s true that he is a gentleman..so was his father. Mr. Sanjay has done lot of good work and I am sure his family is supporting in all his endeavours. Sometimes harsh decisions has to be taken in politics. But as u described a kind hearted lion indeed!!!. Hoping that he excel in his future projects. God bless him and his family.

Bhau is the king of hearts of the people of north east mumbai and he is known as एकच भाऊ❤️✌️️
We love him….bhau rockz

Bhau is like a elder brother for me, my family and PAWS-MUMBAI. People know him as a NCP Leader or Social Worker but I know him and his family as Animal Welfare and Environment Friend.
Bhau we are always proud of you.
Sunish Subramanian Kunju http://www.pawsmumbai.org

My bhai sahab is a great leader.
He not only inspire us he develop us and empower us to lead with passion from whatever
position we currently hold in life .
You set an example for us to dream more , learn more and do more. Bhai sahab God bless you and your family .