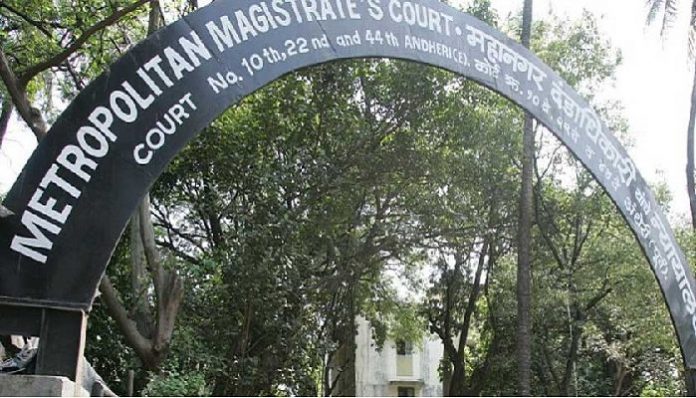 FEDUP with police-lawyer nexus, the lawyers of Andheri court in suburban Mumbai took out a morcha to Sakinaka police station demanding action against police officers who recommend only a set of particular lawyers to accused persons. The lawyers admitted that such police-lawyer nexus exists and cite it as one of the reasons for low conviction rates in Mumbai.

On July 3, 2021 more than 15 lawyers took out a morcha to Sakinaka police station. All the lawyers are practicing at Andheri court. The lawyers met Senior Inspector of Police, Balwant Deshmukh, and submitted a written complaint demanding action against police officers i.e. PI Ghadge, API Wage, API Soham Padvi, API Sangle, PSI Nitin Rathod, PSI Dagde and Tanaji Pandare attached with Sakinaka police station. Lawyers have alleged in their complaint that these police officers force/suggest/recommend only a few and particular set of lawyers to the family of the accused. Thus the family of the accused is made to hire only lawyers that are pre-selected by the Police. Some of the lawyers on the list are – Sanjay Singh, Ambuj Shukla, Pandhari Palekar and Jeetendra Tiwari. These lawyers regularly attend all the remand hearings of Sakinaka police station and are forwarded/recommended by abovementioned police officers to the family of the accused. As a result, accused easily get anticipatory bail.

These ‘recommended’ lawyer charges high fees from the family of the accused and are known to give 50 percent cut/share to the investigation officers. The lawyers also performs role of a DALAL between accused and investigation officers. They arrange meeting between them in which police officers promise to help in managing the chargesheet and take huge money from the accused.

Advocate from Bombay High Court Amit Nalawade said, “This practice is much common in the field. Not only Sakinaka police station but crime branch officers also perform this act. The police officers secretly recommend particular lawyers to the accused. In this situation they deliberately compromise the investigation of the case and deliberately do not perform a thorough investigation, resulting in an easy acquittal and getting bail/Anticipatory bail to the accused.”

Senior Inspector Balwant Deshmukh promised to the delegation that he will look into the matter and investigate and take necessary action.

“There is other side to this issue as well. It is shame that a few lawyers have to bribe the court constable (karkoon) for want of a case,” said advocate Shaila Pandey.

ABI View: It is clear that this cosy arrangement between a few police officers and a few lawyers have led to serious miscarriage of justice. Lawyers act as conduits for Investigating officers and accused, and then the whole investigation is compromised and police manipulate the chargesheet and evidence so that the accused walk free. This directly has an impact on the crime rate in the society, as these accused further are emboldened to commit more crimes, knowing that the system will protect them. Proper investigation must be conducted by the authorities and errant officials and lawyers must be brought to book.

Unless senior officers of police department registers FIR for deriction of duty. The issue will remain for ever

This issue needs to be seriously looked into and the Police Department need to take strict action against those Police personnel that recommend Lawyers to the Accused.