Home Crime Mumbai Court having statutory jurisdiction of registration of FIR against 14 in... 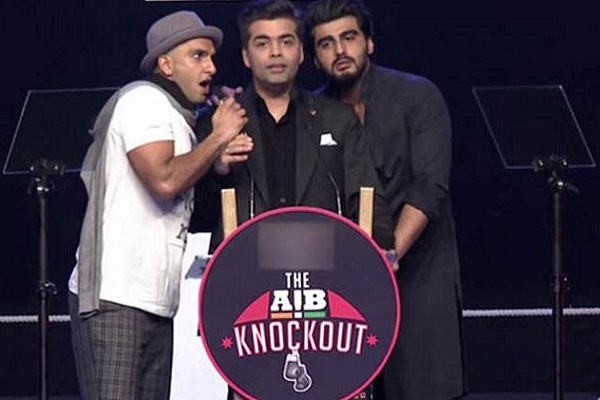 AN indoor stadium, namely, Sardar Vallabh Bhai Patel Stadium in Worli, has been built on the land provided by the government on lease to the National Sports Club of India. The designated use of this land is primarily, for the use of sports, functions of the Municipal Corporation and holding sports events of children of various schools of Mumbai.

In a violation to such legally-designated use of this land, a commercial, vulgar, obscene and pornographic show, by the name All India Bac***d Roast, comprising several Bollywood personalities, was held at the said SVP Stadium on 20 January, 2015. In this programme, one after another, Bollywood celebs blurted out pre-scripted, vulgar, pornographic and obscene jokes. Such words were spoken in front of a large number of women audience in an open defiance to the laws which govern our country.

Since these acts amounted to the commission of a series of criminal offences, hence a case was filed in the Court of Additional Chief Metropolitan Magistrate, Girgaon Court, Mumbai, Shri CS Baviskar by Social Activist, Santosh Daundkar through Advocate Ms. Abha Singh. This was done after the police failed to take cognisance of a written complaint in this respect submitted to the Tardeo Police Station. This Court is having a statutory jurisdiction over place of offence under section 177 of the Code of Criminal Procedure, 1973.

While arguing the case in the Court, Advocate Ms. Abha Singh presented all the relevant legal provisions and the facts related therewith. Consequent upon such presentations made by Ms. Singh, the Additional Chief Metropolitan Magistrate, Shri CS Baviskar, ordered the Tardeo Police Station to register First Information Report against the officials of National Sports Club of India, AIB Roast, Karan Johar, Deeepika Padukone, Ranvir Singh, Arjun Kapoor and others for having committed the offences specifically detailed in the following paragraphs. The Court also ordered the Tardeo Police Station to submit the investigation report in the matter.

Section 294 and 509 of the Indian Penal Code, 1860: For speaking vulgar, obscene and pornographic words before a large number of women audience in a public event.

Section 67 and 66A of the Information Technology Act, 2000: For having putting up an obscene, pornographic and vulgar show on the internet.

Section 33, 131, 110 of the Bombay Police Act, 1951 and violation of Rule 21-A of the Rules for Keeping Places of Public entertainment in Greater Bombay, 1953: For holding a public performance of a pornographic, vulgar and obscene character notwithstanding the fact that the rules ban such public performances.

Section 15 of the Environment Protection Act, 1986: For effecting an illegal change of use of the land in a Coastal Regulation Zone area, without approval from the Competent Authority where a land designated to be used for sports activities was illegally put to commercial use for holding a pornographic, vulgar and obscene programme. (Punishment upto 5 years).

Section 52 of the Maharashtra Regional and Town Planning Act, 1966: For effecting the change of use of a land meant for sports activities and putting it to commercial use for holding a pornographic, vulgar and obscene programme. (Punishment upto 3 years).

It is further shocking to note as under:

(a)      How could the votaries of freedom of speech etc. justify these acts. when they have no respect for the law. If they think that law on obscenity is improper and constrains freedom of speech and expression then the right course for them is to approach the government for changing the law. On such presumptions, in a country governed by the eminent principles of “Rule of Law”, these votaries of free speech cannot take law in their own hands and then utter pornographic words in front of women audience, more so at the time when the entire country is concerned with women safety.

(b)      Of late, a large number of crimes against women are being influenced by such obscene and pornographic happenings. When we talk of women safety, it becomes the bounden duty of such Bollywood celebs to create congenial conditions rather than to make things worse.

(c)      How could a vulgar, pornographic and obscene programme be held on a land leased out by the government on the condition that the same be used for sports, sports functions of the schools and the programmes of the Municipal Corporation.

(d)      As to how such events have been happening right under the nose of the Municipal Corporation also need to accounted for. Further, how could such permission for a public performance by given by the police.

It is hoped that the Mumbai Police shall abide by its statutory responsibility and shall conduct a profound investigation in the case and book all the culprits who participated in this criminal conspiracy and acts done with a common intention.

It is also regretted to note that the Chief Minister Shri Devendra Phadnavis, mislead the people by just putting up routine words that he would look into to matter. As the Chief Minister of Maharashtra it was his duty to have followed the law, which in this case, was the filing of the First Information Report. However, the Chief Minister while promising to look into the matter never gave any instruction to the police to file FIR, as was mandatory under the provisions contained in section 154 of the Code of Criminal Procedure, 1973.

It would also be in the fitness of things that since the primary offence has been committed at the National Sports Club of India at situated near Haji Ali, Mumbai, hence any FIR registered under any other jurisdiction would have to be transferred to Tardeo Police Station which holds the original statutory jurisdiction on this area.

Other unknown persons of National Sports Club of India, Organisers of AIB Roast Show, Directors and script writers of the AIB Roast Show, and other participants of this pornographic, obscene and vulgar show, whose names shall become apparent during investigation. (Courtesy : -Advocate Abha Singh)