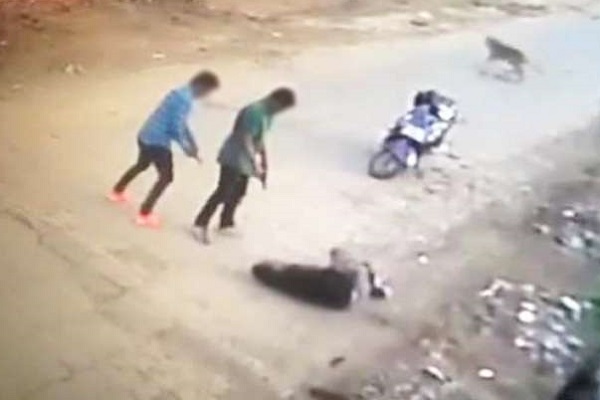 THE daylight murder of a National-level kabbadi player Sukhvinder Narwhal in Rohtak has been recorded by security cameras at a house near the killing. The athlete Narwhal was shot dead on Tuesday while walking home from practice by two men on a scooter in his village in Haryana.

The murderers have yet to be identified by the police. Just three months ago, another kabaddi player named Deepak Kumar was killed after men on a motorcycle shot at him in a deserted part of Rohtak. He lay on the roadside for early half an hour before his brother arrived to help him.

According to media reports, Sukhvinder Narwhal, appears to be talking on his cellphone as the scooter approaches him. He falls to the ground after taking a bullet. The men – both in black pants, one wearing neon pink sneakers – then get off the scooter and shoot him over and over in the head. Narwhal then is seen lying on the ground, turning over to his side after being shot before slowly falling back onto the road.