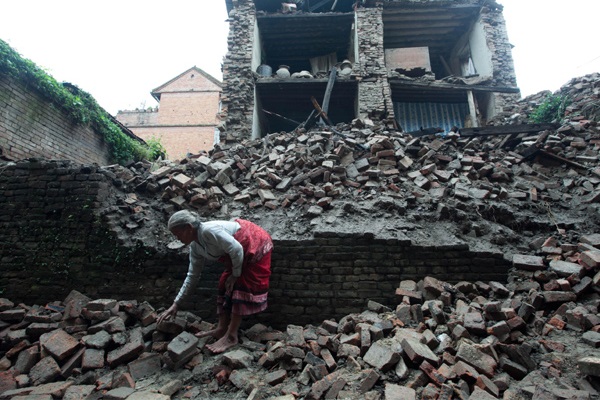 THE death toll from the devastating earthquake in Nepal now stands at 1900 and around 5,000 people have been injured in Saturday’s magnitude 7.8 earthquake. At least 42 people were known to have died in India, including 30 in the eastern state of Bihar, while buildings in the capital New Delhi had to be evacuated.

A powerful earthquake shook Nepal on Saturday near its capital, Katmandu, killing more than 2,000 people, flattening sections of the city’s historic center, and trapping dozens of sightseers in a 200-foot watchtower that came crashing down into a pile of bricks.

According to media reports, it was the quake-prone Himalayan nation’s worst disaster in more than 80 years.

Officials said 10 people were killed when an avalanche buried parts of Mount Everest’s base camp in Nepal where hundreds of mountaineers have gathered at the start of the annual climbing season.

The worst damage was in Kathmandu, where the historic nine-storey Dharahara tower, a major tourist attraction, was among buildings brought down.

The United States Geological Survey (USGS) said the shallow quake struck 77 kilometres northwest of Kathmandu at 0611 GMT (1611 AEST). USGS initially measured the quake at 7.5 magnitudes and later adjusted it to 7.8, with a depth of 15 kilometers.