Home Others ALL IS NOT WELL at Mumbai Police headquarters. ‘Defaulter’ cops get executive... 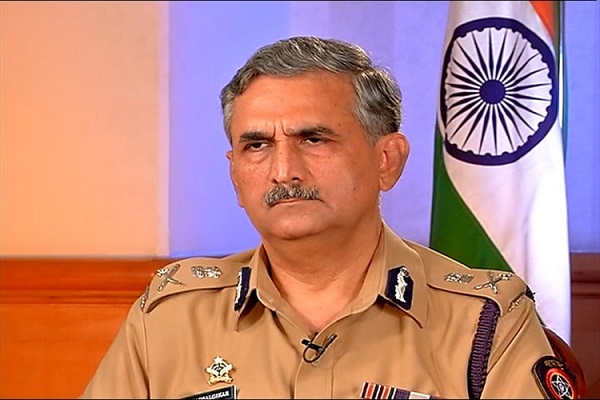 THE Mumbai police headquarters has been the top talking point across the police department these days, and with bad reason. Two Senior Police Inspectors who had been transferred and declared ‘defaulters’ now have been awarded executive posts again. An ACP who was prematurely transferred has also won his challenge in the Bombay High Court.

On April 4, 2016, suddenly these officials were re-transferred to new posts said to be “malaidar”. Shantilal Jadhav in Dadar police station and Nitin Yadav in traffic branch.

Think for a moment: if officials were earlier transferred for being ‘defaulters’ then without completing the investigation or giving clean chit why and how they were again transferred within a month?

Also remember that two officers, Shantilal Jadhav and Nitin Yadav, do not have clean hands. In July 2005, Shantilal Jadhav was arrested and dismissed along with API Sanjay Shinde for exchanging cocaine and boric power and trying to extort money from Provogue owner Salil Chaturvedi’s employee Vishal Magnani. A Department Enquiry (DE) is under process against Nitin Yadav for doing a shoddy investigation in a matter. He has also been punished with increment stoppage for two years in another matter. Earlier, these officers were transferred for ‘defaulter record’ but now have been re-transferred under the pretext of administrative reason.

An inquiry is also on against R S Trivedi, then Senior Inspector, Sewree police station. Trivedi is an accused for accompanying a Metropolitan Judge of Bhoiwada Court at Lalbaughcha Raja without permission of the Zonal DCP. He has been transferred in LA-3 and is still there.

ACP J J Jadhav has been reinstated by the Bombay High Court in Mahim division after he challenged his premature transfer.

Sources said J J Jadhav and Shantilal Jadhav were transferred due to personal interest of Zonal DCP Mahesh Patil, and R S Trivedi and Nitin Yadav due to Joint Commissioner of Police (Law and Order) Deven Bharati. Deven Bharati, who has several nicknames in police department, allegedly crystal fills the ears of Commissioner of Police D D Padsalgikar. D D Padsalgikar is known as an honest and intelligent officer but has failed to rule police department properly.

So you can say All is Not Well at Mumbai Police Headquarters.

No worries.
What ever they have done they deserve.
Now they will do right thing because once they were given punishment. I hope s…..
So need to give them clean cheat because after all they are Police men not criminal..

All will never be well if Mumbai Police is under control of Politicians whims & fancies.

However upright an officer may be but if he/she succumbs to pressure.

Complete criminals are under shelter of police is quite an old story.

Already Mahim Police is not helping widow Sugrabai with her unmarried daughter who is living with no light/fan from May 2015 .

Appeasement & Nepotism from either political or police lobby continues .Mr Padsalgikar has to prove his ability & trust that he shows towards citizens ..

Sorry to say madam but u r absoutely wrong first of all she nt a widow her husband is there and u can check her back ground harrassing her daughter in laws regarding dowry case .5 fir against her regarding this matter for dowry n harresment fr more information contact me don’t spoilanyone image like this