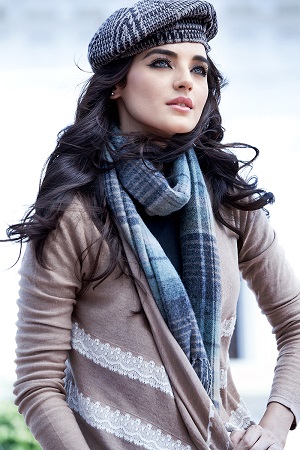 IT’s been reported lately about Ekta Kapoor diktat on ‘nudity clause’ as a mandatory clause in all the contract, and it seems that director Sanjay Sharma is the biggest supporter of the initiative taken by the Czarina.

According to sources associated with the controversial gay love story DUNNO Y2…LIFE IS A MOMENT, Director Sanjay Sharma was so aghast at the attitude of his leading Pakistani heroine Sadia while shooting the film and wished he too would have had the liberty of such a clause. Apparently, Sadia created quite an uproar when she had to just do a kissing scene in the film. Sadia refused to kiss the Indian actor Kapil Sharma in the film, and backed out in the last moment as she was scared of the backlash in Pakistan.

The shooting came to a halt as the director was heard saying that if Aishwarya Rai, Kareena Kapoor, Sridevi, Madhuri Dixit could do it, why can’t Sadia do it, as it was an important scene in the film, which drives it ahead. it was very unprofessional on her part”

The source adds ” Even Sadia had her point of view and tried explaining to the unit that even though India is an open country, the celebrities involved in the kissing scenes had to face legal notices by the hardline fringe elements here too.and Pakistan is a much more conservative Muslim country. Besides once it get viral, will be difficult to digitally erase it, and the bigoted lobbies in Pakistan will exploit it for eternity”

Well, well maybe Ekta Kapoor has a relevant point here on her ‘nudity’clause in contract what with actress developing cold feet whilst shooting after agreeing at the script narration!

Like they say in Hindi, picture abtak baki hai, seems like the ‘Kissa Kiss Ka’ will unravel more secrets!