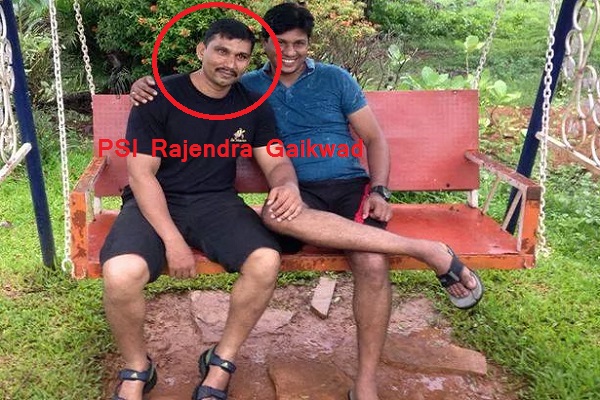 MANY eyebrows have been raised since no action has been taken even after two years against Rajendra Gaikwad, a Police Sub-Inspector (PSI) attached to the Vakola police station. Gaikwad, who is currently under suspension, in another matter molested a Bollywood freelance hair stylist on several occasions.

Deepali (name changed to protect identity), a 32-year-old resident of Elphinstone in Central Mumbai, in 2010 gave Rs 2 lakh friendly loan to a man, Ajay Kannaujia, who claimed to be a film producer. Despite repeated attempts, Kannaujia refused to return the money and threatened Deepali with dire consequences. In 2012 Deepali approached Vakola Police Station to register a complaint against Kannaujia and it is there that Rajendra Gaikwad met her. Gaikwad suggested she come with an application and submit it only to him.

Next week Deepali submitted the application. On second day Gaikwad reached Deepali’s Santacruz home claiming it was part of his investigation. Gaikwad asked Deepali how she was and left home in 15 minutes. After some time Deepali contacted Gaikwad to know about the progress in her case. Instead of discussing Deepali’s application Gaikwad started narrating his own fake stories.

He met Deepali several times and always told different stories. He even extorted Rs 2 lakh from Deepali. Once he told Deepali that there was a problem in the investigation as then Senior Inspector Vilas Joshi was seeking money. He said Joshi was a Brahmin by caste and always looked at him with hate in his eyes. He was also tense as his house owner wanted rent. Even his wife did not care about his children, said he. Under the pretext of personal problems, Gaikwad took Rs 2 lakh from Deepali in installments of Rs 10,000 and Rs 20,000.

When Deepali realized that Gaikwad was cheating her she started demanding her money back. Gaikwad refused to return the money and threatened her with dire consequence. Fed up, Deepali met and complained to the then Senior Inspector Vilas Joshi against Gaikwad. Joshi recorded statement of Deepali. On second day a lady called Deepali from Police Station’s landline number and threatened her that she should forget the money and Gaikwad.
Later Gaikwad returned Rs 1, 80,000 in installments of Rs 10,000 and Rs 20,000.

One day in 2014 Gaikwad reached Deepali’s home. After heated argument he pushed Deepali on sofa and tried to overpower her. After Deepali shouted Gaikwad ran away. Deepali met then Additional Commissioner Chhering Dorje, who initiated inquiry through Senior Inspector Raksha Maharao.

However, legal experts say that the police must register FIR about such an incident against Gaikwad.“ All investigation officers manipulated my statements to protect Gaikwad. I will knock on the doors of the court soon,” added Deepali.

Why Gaikwad was suspended

Gaikwad was suspended in May 2015 for negligence in the probe of a robbery case which he had registered against a woman and her father. Gaikwad did not collect “sufficient evidence” in the case, neither could he find the robbed valuables whilst also failing to submit the report on time. There was a dispute between a woman and a chemist at the latter’s shop in Santacruz East.