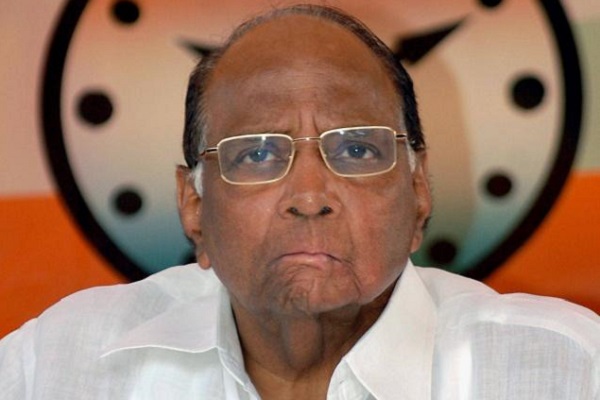 AS Sharad Pawar will be celebrating his 75th birthday on December 12 the biggest greeting for the Nationalist Congress Party (NCP) chief has come from his staunch opponent, Tarun Bharat, the RSS affiliated largest circulated Marathi chain newspaper.

In a first, Tarun Bharat is going to publish a 12-page special supplement on Sharad Pawar commemorating his platinum jubilee. The daily’s note for advertisers praises Pawar calling him “Janata Raja” (A wise King). “Pawar has been active in politics since 50 years. He is a wise King for the farmers and not less than a deity for the workers of his party. His decision to waive off farmers’ debt was historical. The people of Maharashtra are aware of his work in political, social, cultural and educational fields. He is a wise King because he promptly controlled the situation after serial blasts in Mumbai and earthquake at Killari,” the note, accessed.

The daily’s act has raised many eyebrows in the political circle but has upset the RSS cadre who disapprove the word ‘saffron terrorism’ coined by Pawar after the bomb blasts in Malegaon in 2008. Pictures of Pawar’s tainted nephew Ajit Pawar and his daughter Supriya Sule on the note has irritated the RSS workers who find Tarun Bharat close to their heart. Ajit is an accused in the multi-crore irrigation scam in the state.

“Pawar did not mince his words in targeting Sangh in his entire political career. How can we forget his sarcastic statement ‘do you want to give this country in the hands of people in half knickers’ during the 2014 Lok Sabha election? I will feel cheated if Tarun Bharat carries on its plan on the supplement on Pawar,” said Satish Patkar, a RSS worker.

Ravindra Dani, president of Tarun Bharat Associates, justified the supplement. “Pawar is a prominent political leader in Maharashtra. A supplement on him is a pure form of journalism. It is an acknowledgment of his prolonged political career. It is nothing to do with his ideologies,”

When asked whether the daily endorses Pawar’s views on RSS by acknowledging his work, Dani said, “It is wrong to say that we are endorsing his views. As a newspaper, we are bound to take cognizance of the happenings in various fields. We also had published a supplement on (former Prime Minister) Indira Gandhi after her assassination though she had imposed ban on RSS during the Emergency.”

Majeed Memon, a NCP member in Rajya Sabha, welcomed the move. “Pawar as a tall national leader stands above any of his peers because of his excellent personal relationship with one and sundry. It’s a matter of great appreciation that his staunch opponents are also admiring his excellence. Political differences and ideological variance is no consideration in the matter of his relationship with people. He may be a great critic of RSS yet RSS deems it fit to pay him tribute on the occasion of his 75 years of life. I found him to be apart from being a visionary, veteran politician, a nationalist and above all a great humanist,” Memon said.

Tarun Bharat is published from Nagpur, Solapur, Akola and Jalgaon apart from the city. Then RSS chief M D also known as Balasaheb Deoras was president of Narkesari Prakashan, the publisher of Tarun Bharat.