Home Others Saudi Arabia threatens to sell American assets worth billions if 9/11 bill... 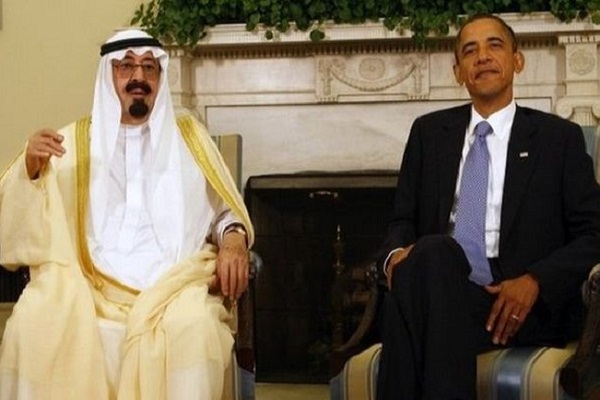 SAUDI Arabia has threatened the Barack Obama-led government that it will sell off hundreds of billions of dollars’ worth of American assets if the US Congress passes the bill that could possibly hold the Saudi Arabia responsible for any role in the 11 September, 2001 attacks.

“The Obama administration has lobbied Congress to block the bill`s passage. The Saudi threats have been the subject of intense discussions in recent weeks between lawmakers and officials from the State Department and the Pentagon,” the New York Times quoted administration officials and congressional aides as saying.

Barack Obama-led government has been warned by Saudi Arabia that it would sell off American assets worth $750 billion if the US Congress passes a bill declaring the latter responsible for the September 11, 2001 attacks.

The officials have also warned the senators of diplomatic and economic fallout from the legislation if the bill was adopted.
The allegation about Saudi`s involvement was doing the rounds after CBS News aired a report last Sunday in which former senator Bob Graham, the chairman of the commission set up to investigate the 9/11 attacks, called on President Obama to take the issue with the Saudi Government during his upcoming visit to the country this month.

Saudi Foreign Minister Adel al-Jubeir had issued the warning to the U.S. lawmakers during his visit to Washington last month.

” Adel al-Jubeir, the Saudi foreign minister, delivered the kingdom`s message personally last month during a trip to Washington, telling lawmakers that Saudi Arabia would be forced to sell up to $750 billion in treasury securities and other assets in the United States before they could be in danger of being frozen by American courts, ” the NYT report said. (Agency).