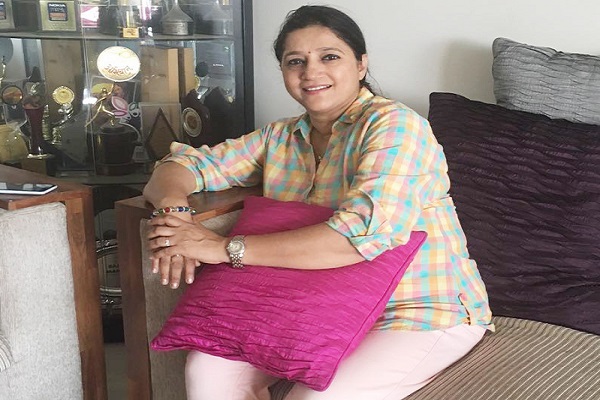 SHE had that urge to lose herself in music. The lady from Bareilly, beautified the inner magic of Sufiana through her majestic voice. Kavita Seth has cultivated the sense of sufiyana and the whole country is getting entertained by the voice which has that melancholic touch and miraculous texture.

The voice which is famous for Ghazals and Sufi later got the biggest breakthrough and mesmerized the audiences by the song “Gunja sa hai koyi iktaara”, from the movie Wake up Sid. The evergreen composition brought her many awards and biggest fame in the industry.

“I got married at the age of 20, but my husband stood beside me to ride a journey with music. he encouraged and supported me in every dimensions of my life, he was an angel for me”, Kavita says.

Kavita has been trained in Indian classical at famous Jaipur Gharana and Gwalior Gharana and also trained under Pt. N.D. Sharma, Ustad Iqbal Ahmed Khan and many other classical music exponents of Indian music industry.

Later, Kavita got interested in Sufi music, performing in many national and international shows with her group, “Kaarwan”. “I have always been selective, I always choose good songs where they can keep in my comfort zone”, she says. We can see the perfect proof for her statement in recent Bollywood hit “Jeete hai chal” from the movie ‘Neerja’.

“Bollywood is not me, it’s about the film, it’s about the director’s vision and music director’s creation. I am just a person who gives a soul to their melodies to make them alive. But independent music scene is different. Nowadays it’s growing bigger day by day. The upside of Indie Music is that it is about showcasing yourself and your art. That’s where the artists can freely explore themselves”, she says.

Kavita is currently busy in giving miraculous Sufi Voice to the poems of legendary Panjabi poet Amrita Pritam. The album will bring a fresh wave of different flavor in music and singing as she has thoroughly worked on the poems and literature of one of the greatest Female Punjabi Poets of all time.