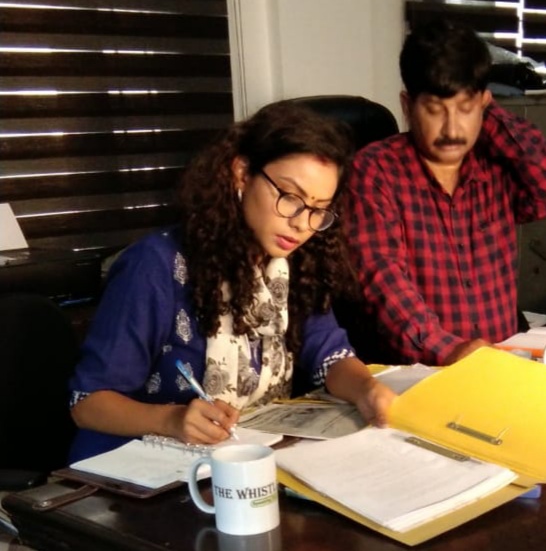 THE shooting for under-production short movie ‘The List’, based on large-scale retrenchment in Indian media industry in the wake of the Covid crisis, concluded recently in Chandigarh and Mohali.

Executive producer Manoj Kumar Sharma, who also plays a key role in the movie, said that the shooting was completed in a four-day start-to-finish schedule. He said that the post-production of the movie has commenced already and it is likely to be released within two months.

The movie has been scripted and directed by Mahesh Rajput, whose earlier short film ‘Fake It Easy!’ was awarded the best film in the experimental category of online short film competition organized by the All India Artistes Association, Shimla, last year. ‘Fake It Easy!’, produced during the Covid lockdown in April last year, also made it to finalist list of prestigious International Cultural Artifact (ICA) Film Festival 2020.