Home Others Tejas Express to give compensation to 630 passengers 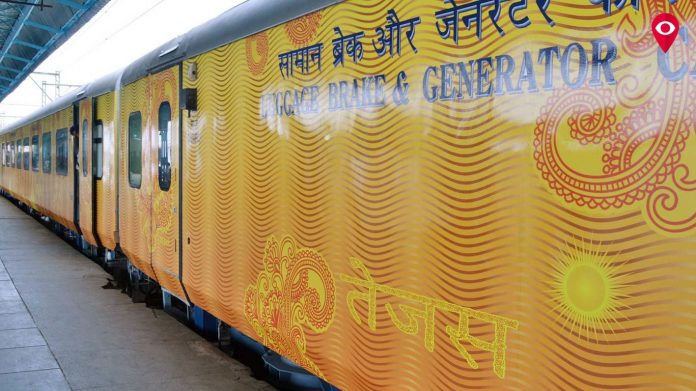 ON Wedensday, Indian Railway Catering and Tourism Corporation (IRCTC) said that it will pay a compensation to approx 630 passengers on-board Ahmedabad-Mumbai Tejas Express because the train could not complete its journey on time. Each passenger will get Rs 100 as refund as the train was one and half late in reaching Mumbai.

To get this refund, people have to apply as per the refund policy of IRCTC and after passing the verification process they will get the refund.

The train has been talk of the town since the last few days due to its luxurious look. It is country’s second private express train and Vijay Rupani is of the opinion that the train will strengthen the cultural ties between Mumbai and Gujrat.

The passengers on-board Tejas Express on Sunday had mixed things to say about their journey. Some of them felt that it was a great train but the timings need to be tweaked. In addition to this, there were again complaints in regards to stale food being served on-board the train.

On Wednesday,  The Tejas Express departed from Ahmedabad at 6.42 am, which was two minutes later than its scheduled time. However, due to a technical problem between Bhayander and Dahisar station it reached Mumbai Central at 2.36 pm instead of the scheduled time of 1.10 pm.

It was because of this fault that the Tejas Express was delayed and along with serveral other trains were reaching Mumbai later than their scheduled time. Furthermore, due to this issue eight sub-urban trains were cancelled till 3:30pm.

To help the passengers that were to reach airport, Tejas Express made a 2 minute halt at the Andheri station so that people can make it to their flights in-time despite the delay.

Here are a few things that you may want to know about Tejas Express: