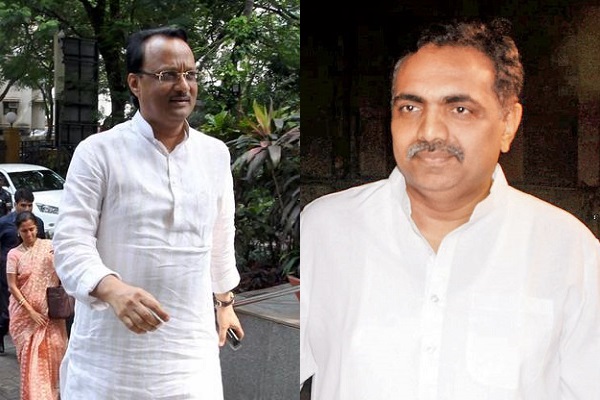 On Friday NCP’s top leaders Ajit Pawar and Jayant Patil raised questions in the assembly without mentioning name of Mangal Prabhat Lodha. Earlier independent MLA Vinayak Jadhav-Patil complained in writing (copy available with ABI) to the Chief Minister Devendra Phadnavis demanding action on Lodha. Jadhav-Patil has said that he will raise questions in the assembly soon. He has attached ABI (abinet.org) articles with the complaint letter.

On November 21, 2013 an FIR is registered in Thane Nagar (city) police station (copy available with ABI) FIR No. 208/2013, under sections 465, 466, 217, 120 (B), 109, 34 of IPC, r/w sections 13 (1), (d), and 13 (2) of prevention of corruption act at instance of Anti-Corruption Bureau, Thane. The crux of the matter involved construction of high rise building on a plot of land at Majiwade, Thane which belonged to Jagannath Bala Patil who had died long back and whose signature was forged showing him alive for purchase and transfer of the plot in the name of Lodha Group company.

Interestingly, though land revenue officer Gulab Mahadev Bhalerao and the manager of Lodha group and company Parashuram Balaram Bhalekar have been arrested in this case, the ultimate beneficiary Mangal Prabhat Lodha has been late off for the reasons simple enough to understand for a prudent person. The case is pending in trial and Lodha has already reaped the benefits of his crime by selling off the flats in the high‐rise building to innocent flat buyers.

The few other allegations against Lodha are:

1- Unaccounted sale of car parking.
2- Money being charged on resale of flats.
3- Huge land bank investment in which a large part is unexplained.
4- Round tripping of fund among the group companies, to disguise the sources and application of accounted funds.
5- Unaccounted sale of scrap.

However, agriculture, revenue and state excise minister Eknath Khadse announced for high level inquiry against Lodha. Earlier he tried to save to Lodha but due to stringent opposition and complaints from the NCP MLA’s Khadse had to order enquiry against him.

In reply Khadase said that he is appointing a committee to inquire the entire issue. The government will take appropriate action against the accused after report is submitted.